A 36-year-old ICT teacher at the E.P Primary School in Kpetoe in the Agortime Ziope district of the Volta Region, Emmanuel Ansah, has been attacked by some persons in the community.

The teacher was attacked on Sunday, 22 May 2022 when he went to the school’s premises to prepare for the week’s activities.

The ICT teacher sustained injuries on his head and fingers.

Narrating the incident to Torgbui Ahorgo I, on Ho FM’s Adanu Morning Show, Tuesday, 24 May 2022, the teacher said: “I was on campus, at the Computer Laboratory, as the IT instructor, I was typing some things for this week’s activities. So I was there, and I heard some sounds outside, I went out to check what was going on.

“I saw some three guys at the block opposite to the block that I was. They were smoking over there and I went back into the laboratory. So I was there, doing my work again, so like some thirty minutes time, I came out again. That one I just sat at the verandah over there, pressing my phone. “

He noted that while outside, he saw one of his students passing by on the school’s compound with her mother and they spoke briefly. 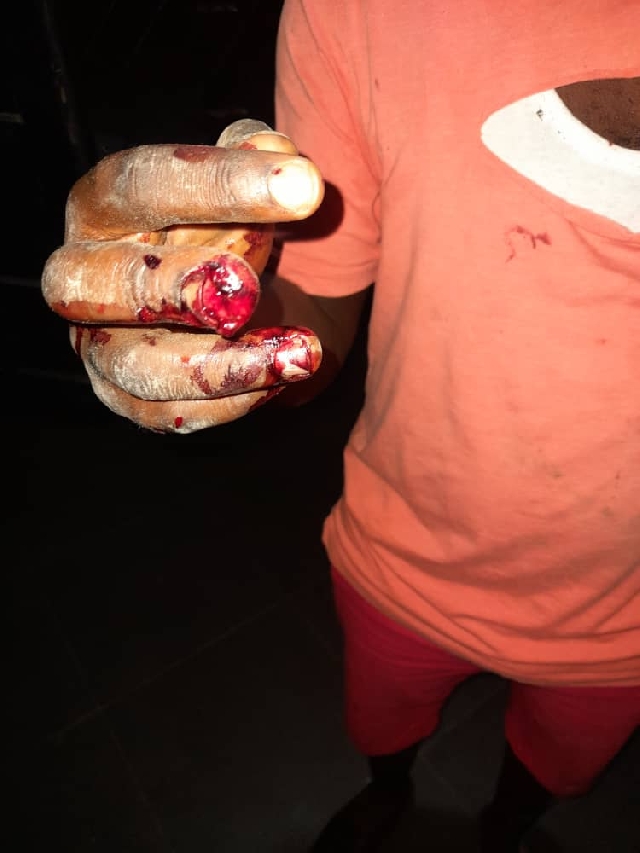 A few seconds, after they left, he saw the three guys standing in front of him demanding his phone.

“We were going, they were in front I was behind, one of them was making a call, I don’t know whether it was an intentional call or he just faked it, I don’t know. So he drew back and before I realised a stick just hit me from behind. So the stick hit me, I run before I fell down to the ground and two of them rushed at me. The first one threw the stick and I was able to block it,” the teacher recounted.

He was however unable to block the stick from hitting him again, leading to injuries on his head and fingers.

What to Know About Monkeypox Virus, An Outbreak In Ghana

What to Know About Monkeypox Virus, An Outbreak In Ghana