The Ghana Police Service has removed its Deputy Ashanti Regional Commander, DCOP Kwasi Akomeah Apraku from his position following the disturbances recorded at the Islamic Senior High School in the region on Monday, June 13, 2022.

DCOP Apraku has also been interdicted together with two other senior officers.

The announcement was made in a statement issued by the Ghana Police Service.

“It was further established that even though nobody was hit by a bullet, the Police handling of the incident was poor and fell short of our standard operating procedure on crowd control.”

“As a result, the Deputy Regional Police Commander, DCOP/Mr Kwasi Akomeah Apraku, who was acting as the Regional Commander has been removed from his position and has been interdicted. Two other officers, ACP/Mr George Ankomah, the Regional Operations Officer, and ACP/Mr Alex Cudjoe Acquah, the Suame Divisional Police Commander, have also been interdicted to make way for a thorough investigation into the incident,” the statement from the police added.

Police further added in the statement that, the Police Professional Standards Bureau (PPSB) has commenced a full-scale investigation into the conduct of the officers who were responsible for the Police response.

Some students of the Islamic Senior High School, Abrepo, Kumasi, took to the streets on Monday, and blocked sections of the road to demonstrate against frequent motor traffic accidents in front of their school.

In a bid to help open the road to normal traffic flow, police responded by firing warning shots and opening tear gas and pepper spray on the students.

“The students pelted the Police with stones and the Police used pepper spray and fired warning shots in an attempt to disperse them,” police said in a statement.

Some students were injured following the disturbances and were rushed to the hospital for treatment.

“It was further established that even though nobody was hit by a bullet, the Police handling of the incident was poor and fell short of our standard operating procedure on crowd control,” police added in the statement.

Police clinical psychologists were subsequently deployed to visit the school to offer psychosocial support to the student body. 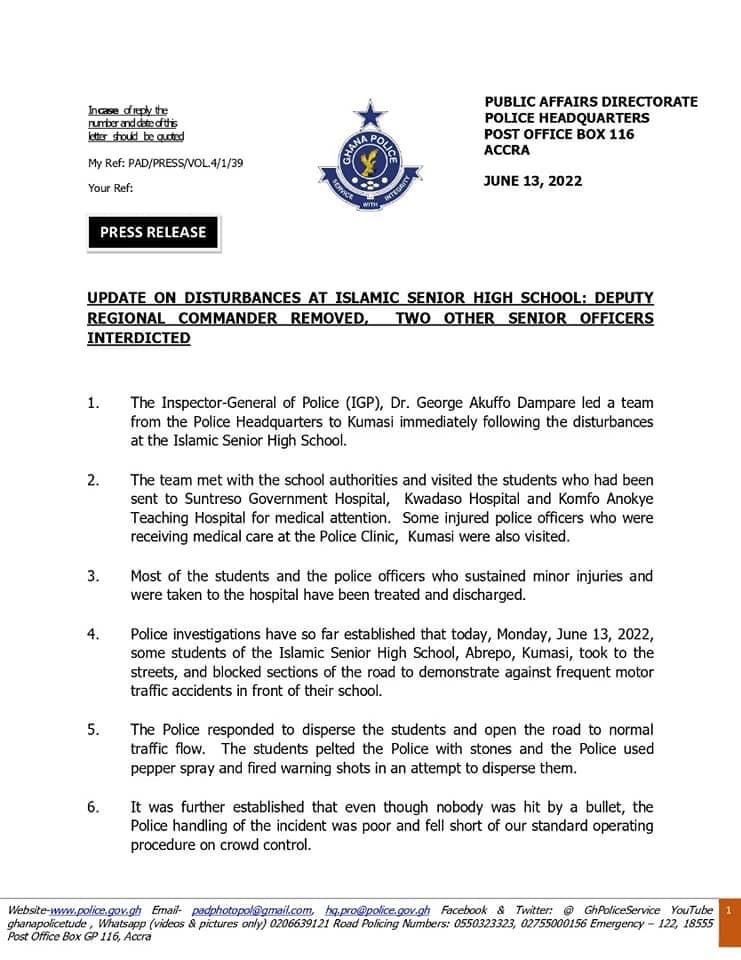 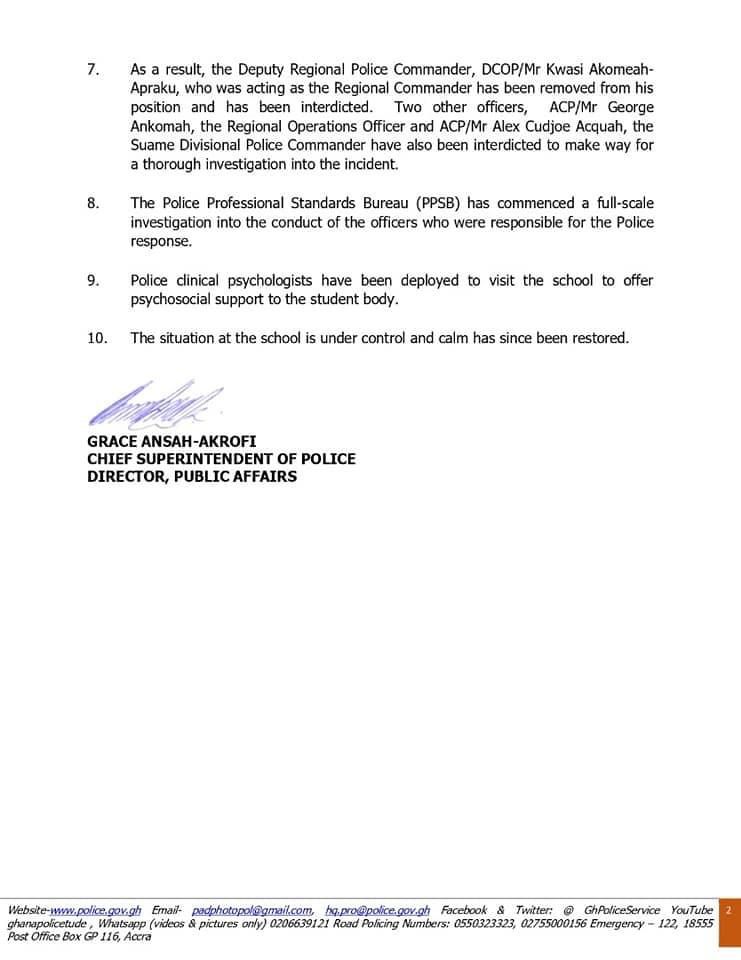